Walks in Christian Vilnius is the first comprehensive cultural guide of multiconfessional and multinational Vilnius. It is often emphasized that Vilnius is a city in which Christianity, Judaism and Islam each found their place. But equally remarkable is the way in which Eastern and Western, or Greek and Latin, Christianity have closely co-existed in the capital of Lithuania over many centuries, an exceptional phenomenon in Europe. This book covers both the heritage and the present situation of Eastern and Western Christianity in Vilnius, explaining the long-forgotten meanings of cultural values distant from modern life and drawing connections with contemporary experience.

This is not a book about the history of Christianity in Vilnius or Lithuania, although it contains plenty of historical references. Rather, it is an attempt to see in Vilnius not just the beauty of the city, but also its meaning, and to find connections between the fine artistic forms with the faith which has grown deep into its culture, narratives, symbols and signs.

The book is intended for walks that single out topics associated with the religious life of the city in the urban fabric of Vilnius. The genre of walks also serves as an indication of another peculiarity of the book: it is not just a guidebook, but also a personal story with plenty of impressions, opinions and memories.

The fabric of Lithuanian history and culture, which has been torn many times, has preserved these unbroken threads which, like the mythical threads of Ariadne, can help one find the way to the sources of life-giving water, without which Vilnius would not be what it is – one of the great cities of Europe.

Irena Vaišvilaitė (born 1954) is a cultural historian and former Lithuanian Ambassador to the Holy See, who is a professor at Vilnius University Faculty of History. Her field of study is cultural history between the 17th and 20th centuries. She is particularly interested in the religious aspects of culture. 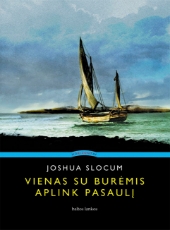 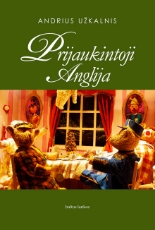 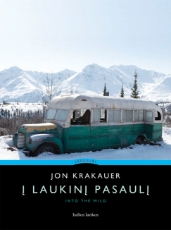